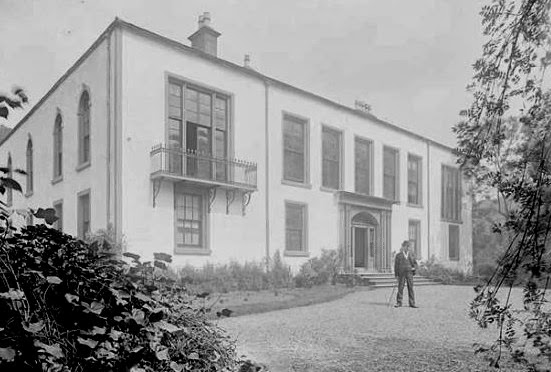 The manor house of Logie was apparently in existence prior to 1660, but from 1722-78 extensive alterations were carried out.   The building was demolished in 1908.

Cleghorn Street was named after William Cleghorn, manufacturer, who long occupied Logie House as tenant, and afterwards became proprietor of the estate of Logie.   Following the removal of Logie House, tenements were erected on the most of the lands.
Blog Update by Bailie Fraser Macpherson at 06:00
Email ThisBlogThis!Share to TwitterShare to FacebookShare to Pinterest
Labels: Cleghorn Street, Dundee City Archives
Newer Post Older Post Home