Many residents have drawn to my attention significant flooding in the Miller's Wynd car park over the past week - see below : 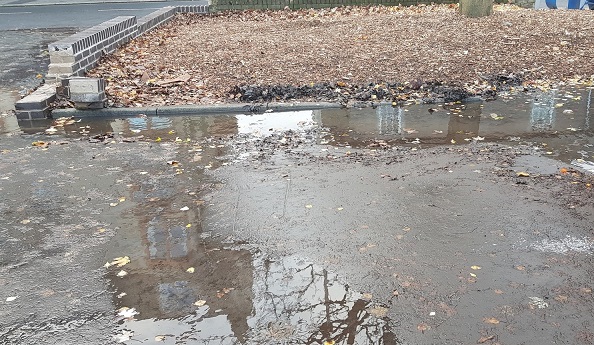 I took this up with the car parking team at the City Council and one of the car park officers has sent me the following helpful update :

"I inspected Miller's Wynd car park recently and noted that the cause of the flooding is due to water running through gaps in the north wall of Miller's Wynd Car Park, all the way down the car park and on to Perth Road.

I suspect that there is a burst water pipe on the land behind the car park wall and having spoken to Scottish Water, I was directed towards Dundee University who they believe is the land owner.  The pipe appears to be located by the B.S.I. building.

I have brought this matter to the attention of Dundee University's Estates & Buildings Department and I have raised my concerns that the water might freeze over and form black ice, which in turn could result in a slip or fall.  I have therefore requested an emergency repair from Dundee University in order to avoid having to close the car park, and I currently await their response."
Blog Update by Bailie Fraser Macpherson at 07:00
Email ThisBlogThis!Share to TwitterShare to FacebookShare to Pinterest
Labels: Millers Wynd
Newer Post Older Post Home