Robyn Stapleton to sing on Frigate Unicorn this Friday 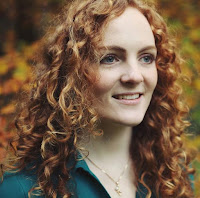 Robyn, who hails from Stranraer, is touring Scotland to celebrate her debut album "Fickle Fortune" which was released in May to critical acclaim.

Recent career highlights include being commissioned to record "Coming Thro The Rye" for Radio 4's Desert Island Discs, and performances at the Trad Music Awards and, with the BBC Scottish Symphony Orchestra, at Proms in the Park!

Robyn is no stranger to Dundee having given two recitals at the Wighton Heritage Centre.    Sheena Wellington, who tutored Robyn during her honours year at the Royal Conservatoire of Scotland, said of her former student :

'Robyn was gifted with a beautiful voice, warm, rich, flexible and distinctive. Couple this with a true love and respect for her material and the ability to engage an audience anywhere from a care home to a Prom concert hall and you have a very special singer indeed.'