Payment of invoices to the City Council 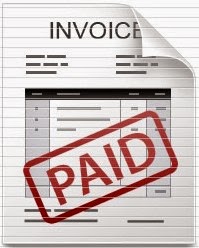 As there has been focus on the speed of payments to suppliers by Scottish local authorities recently, I sought an update from the City Council's Director of Corporate Services to give reassurance that the council makes every effort to pay suppliers - and, in particular, smaller local suppliers - promptly.

In response, she advises :

"Dundee City Council has a policy of paying all external suppliers within 30 days in line with the majority of other councils throughout Scotland and this is one of our key performance indicators. Dundee has consistently been in the top quartile in terms of performance in this area. In addition to this indicator, the Council introduced its own policy of paying local suppliers within 10 days several years ago and I believe we were the only council in Scotland at the time that operated this arrangement.

The Scottish Government's target of 10 days is to ensure that all local suppliers are paid timeously to ensure cash flow and this is something that we are acutely conscious of and was one of the main reasons we introduced our own local policy.

Dundee City Council's figure of 78% quoted as being paid within 10 days would include most of the local suppliers the Council deals with.

There will be some invoices unpaid because of disputes regarding payment, deliveries, quality issues etc. There are also invoices that come into the Council for payment some time after the actual date on the invoice.   This is the date that is input into the system for payment and would therefore show as going over 30 days.

In order to continue to improve our performance, the City Council has set up a centralised 'Purchase to Pay' Team through which ALL Dundee City Council invoices will be processed using intelligent scanning.   This is currently being rolled out to several departments across the council (ie Housing, Social Work and Education) and this new process should have a marked effect on the time taken to process invoices for all suppliers both Local and outwith Dundee.

Once the new centralised arrangements are fully rolled out, we will be able to review our target payment arrangements."
Blog Update by Bailie Fraser Macpherson at 08:30
Email ThisBlogThis!Share to TwitterShare to FacebookShare to Pinterest
Labels: Dundee City Council
Newer Post Older Post Home