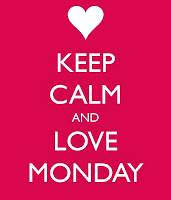 Thereafter, I held my two weekly ward surgeries at the Mitchell Street Centre and the West Park Centre - and then participated in tonight's City Council committee meetings at which:

* At the Environment Committee, I welcomed public open space environmental improvements across the city.   There are a number in the West End including at Victoria Park and Hunter Street - and I particularly welcomed planned improvements at Polepark that I have campaigned to see upgraded.

* At the Policy & Resources Committee, I said that the council's revenue budget for car park income must be comprehensively reviewed given the failure to meet budgeted income.   I also queried the centralisation of some areas of work.
Blog Update by Bailie Fraser Macpherson at 21:23
Email ThisBlogThis!Share to TwitterShare to FacebookShare to Pinterest
Labels: Dundee City Council, West End Christmas Week
Newer Post Older Post Home