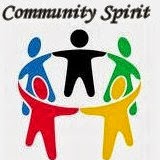 Earlier tonight, I attended the October meeting of Community Spirit Action Group, the residents' group for the 'north' of the West End Ward, covering areas like Cleghorn, Pentland, Ancrum, Tullideph and Milnbank/Forest Park.

Tonight's guest speaker was Gill Bain, who gave an interesting update on the new West End timebank.   Gill advised that, after consultation with the steering group I am participating in, the West End timebank will be called Time2Give.   There is real progress and momentum behind this excellent community initiative.

Back in July, I raised residents' concerns about the poor timetabling of the new 9, 10, 11 & 12 service in relation to service 17 at Tullideph/Ancrum.    I was pleased to advise the meeting tonight that the timetabling situation has been improved.  The council's transport team has advised me: