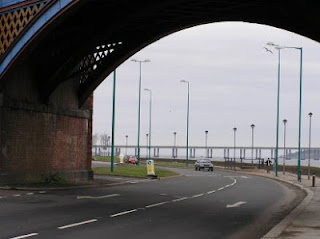 On a number of occasions in the past year, I have raised with Dundee City Council's Roads Maintenance Partnership, the deteriorating roads condition in parts of Riverside Drive.

The issue was again highlighted in Friday's Evening Telegraph in an article that pointed out the bad potholes in various Dundee roads.  The photograph of a huge pothole on Riverside Drive adjacent to the former Homebase site reinforced the concern about the road condition on what is supposed to be a city "ambassador route."

I have been in further contact with the City Engineer about the situation and he has responded:

"The Roads Duty Inspector is away out to inspect the road and arrange for any potholes to be repaired as soon as possible."

In response, I have indicated:

"I have had concern for some time about the deteriorating condition of Riverside Drive and do feel that some more substantial works over and above pothole fixing is required ... particularly as this ‘ambassador route’ will be the major route to the V and A at Dundee once it is opened."
Blog Update by Bailie Fraser Macpherson at 06:00
Email ThisBlogThis!Share to TwitterShare to FacebookShare to Pinterest
Labels: Riverside Drive
Newer Post Older Post Home