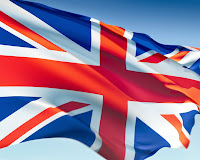 This morning's Recess Sub-Committee of Dundee City Council was a bizarre affair, with the SNP administration pushing through expenditure of £15 000 out of council contingencies to pay for an open air screening of Last Night of the Proms in the City Square, in the face of opposition from myself and Labour councillors.
I say bizarre because, leaving aside the expense to the taxpayer of this proposal at such a difficult time for council budgets, the SNP seemed awfully keen to support non-vital additional expenditure for an event that - if my memory serves me correctly - features such timeless British classics as Rule Britannia and Land of Hope and Glory, all to the waving of hundreds of Union Jack flags. Stirring stuff.
Whilst it may be nice to see what appears to be the conversion of Dundee's SNP councillors to the merits of Great Britain and the Union, as tonight's Evening Telegraph states :

"Opposition councillors today blasted a proposal to spend thousands of pounds showing the Last Night of the Proms on a big screen in Dundee City Square at a time when the city faces budget cuts."

In moving refusal of the expenditure, I pointed out that although I am delighted that the BBC wish to bring the Scottish element of Last Night of the Proms to Dundee, the additional £15 000 to add to the existing capacity of 2000 in the Caird Hall (provided by the BBC) was something the City Council really should not embark upon at a time when the council is facing a huge financial challenge to maintain services and people's jobs in Dundee.
The financial outlook for the City Council is deeply challenging (like the whole of the public sector) and the SNP administration has been thus far ominously silent about what cuts it proposes to make to balance the books. But it seems like the same administration is living in a parallel universe where non-vital additional expenditure is nodded through by them.
In the good times, having a outdoor event to supplement the event in the Caird Hall would have been a useful initiative, but it is surely profligacy that the council cannot afford at a time when cuts to vital services like education and social work are feared.
My amendment to save the £15 000 and use it to protect services was lost 4-3. It is about time that the SNP administration woke up and smelt the coffee.
Blog Update by Bailie Fraser Macpherson at 16:09
Email ThisBlogThis!Share to TwitterShare to FacebookShare to Pinterest
Labels: BBC, Dundee City Council
Newer Post Older Post Home