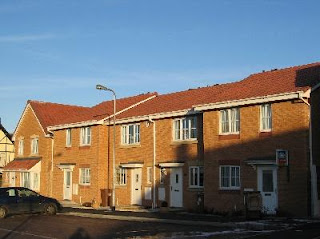 There has been much debate of late in the City about housing and, however you view that debate, there is absolutely no doubt that further house building investment from Scottish Government to local authorities will be vital. As the Council Leader said recently (quote from the Evening Telegraph of 15th April),

"Mr Keenan said that, if there was to be a solution to the waiting list issue in Dundee, and across Scotland, it must involve a major new house building programme and the co-operation of the public and private sectors as well as councils.

"Mr Keenan said the council was currently investing more than £200 million in the housing stock."

Given this, the decision by the SNP Government to cut the affordable housing budget by 6% this year looks incredibly short sighted. Nicola Sturgeon's announcement about affordable house building,

is smoke and mirrors if ever there was. Dundee's share of a paltry £25m across Scotland would build less than ten new houses for rent in the City.

"There is total confusion and uncertainty on where exactly the Scottish Government's programme is. It should be a simple task to identify and state how many houses for rent in the public sector the SNP Government plan to build. They pull all the levers on this, particularly by the funding provided to Councils and Housing Associations.

"Yet, despite pressure from housing organisations, the SNP continue to duck and weave on this. They seem determined to brazen it out with a smoke and mirrors act rather than come clean on the issue.

“The reality is obvious - as it stands, less houses will be built under the SNP than ever before. Housing has a distinctly lower priority under the SNP than it did when Liberal Democrats were in Government.”
Scottish Liberal Democrats believe that there is now an overwhelming case to abolish the Right to Buy (RTB) for new build properties in the council and RSL sector but we believe that the decision on sales is best determined locally by Councils, who are best placed to know housing problems and conditions in their local area. The "let's decide locally" view is the position the City Council Administration has taken too.
Liberal Democrats further support the creation of small community based housing associations rather than the emasculation of them by monolithic regional providers as proposed in the SNP’s Firm Foundations policy paper.

You can read Robert Brown's speech in full by clicking on the headline above. This was his amendment tabled during the housing debate in the Parliament last Thursday :
Robert Brown (Glasgow) : Housing — As an amendment to motion S3M-1812 in the name of David McLetchie (Housing), leave out from “believes that” to end and insert “recognises that local councils are best placed to assess and meet varied local housing needs and to determine their local housing strategies; believes that the role of community-based housing associations and housing co-operatives is vital to such diverse local strategies which should also include the ability to mould right to buy policy to fit local needs, and calls on the Scottish Government to produce clear figures on its housing plans including the number of affordable rented houses to be built from 2008 to 2011.”
Blog Update by Bailie Fraser Macpherson at 10:27
Email ThisBlogThis!Share to TwitterShare to FacebookShare to Pinterest
Labels: Affordable Housing
Newer Post Older Post Home