Following my ward surgeries at West Park Centre and the Mitchell Street Centre this afternoon, I participated in tonight's City Council meetings.

Immediately prior to the meetings starting, along with councillor colleagues, I signed the 'Be The Change' declaration to show support for people with learning disabilities - see below: 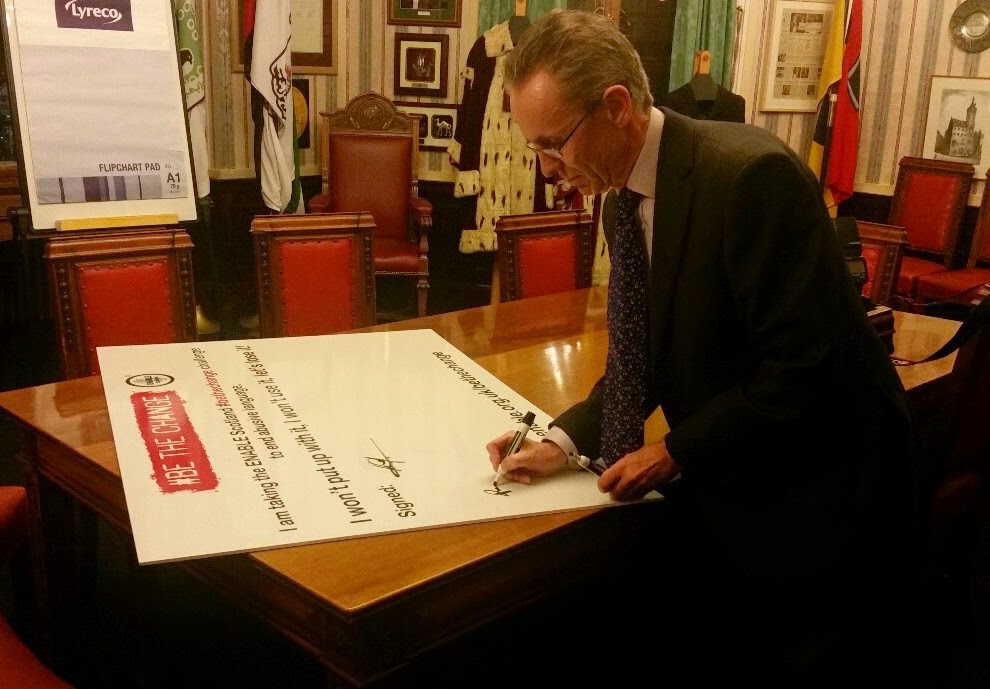 Representatives of all the groups on the City Council, together with the Chief Executive on behalf of Council employees, signed the declaration, which is part of a campaign organised by ENABLE Scotland, promoted by local organisation Advocating Together (Dundee) to stop the use of offensive and hurtful language towards people with learning disabilities.    The message of the campaign is – don’t put up with it, don’t use it, let’s lose it!

The major issue tonight at council committees was the debate over the V&A Museum of Design Dundee budget at Policy and Resources Committee.   On behalf of all the opposition members, I put forward the following amendment :

Item 4 – Construction of the V&A Museum of Design, Dundee

2.1.4    notes the Chief Executive’s intention, as discussed in Para 9.3, to carry out a full review of the background to the project and its cost, but recognises that if such a review is to have any credibility it must be undertaken independently of Dundee City Council.    Committee therefore instructs the Chief Executive to engage with the External Auditor and appropriate bodies to ensure that an inquiry is established independent of Dundee City Council.    Committee also instructs that this inquiry should report its findings as soon as practicable.

In a lengthy debate, the administration conceded an independent chair for the enquiry (proposed to be procurement expert John McClelland) and establishment of a Project Board with equal representation of administration and opposition members.   After assurances given to me by the Chief Executive, I was able to withdraw the amendment.    It is now important that John McClelland's review moves forward speedily and the project can learn from his findings to enable the V&A project to be delivered without further budget difficulty.

You can read more about the V&A discussion on the Evening Telegraph's Twitter account and at The Courier.

Later this evening, I attended a meeting at the University of Dundee at which Scottish Liberal Democrat Leader Willie Rennie spoke with students on a variety of issues.    Willie is pictured (below) after the meeting with my Dundee LibDem colleagues Daniel Coleman and Craig Duncan: 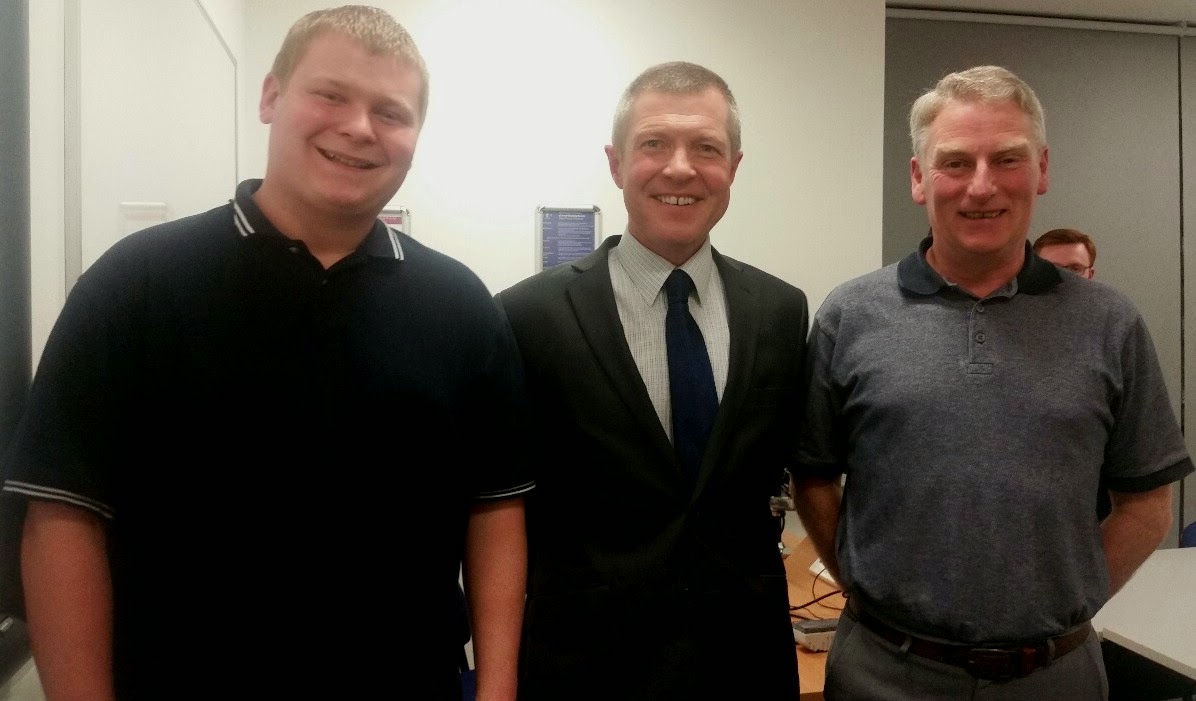