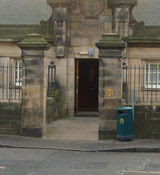 As reported in this morning's "Courier", I have written to the Depute Director of Scottish Government’s Schools Division regarding how Scottish Government is to allocate funding for schools capital projects, following the announcement by the Cabinet Secretary for Education and Lifelong Learning on 17th June of a new schools investment programme.

Harris Academy has been recognised by the City Council as being in considerable need of improvement and must be a key priority for the city. It would be helpful to learn how Scottish Government will obtain current detail of priorities as perceived by individual local authorities in assisting government in making decisions as to the first tranche of the new schools investment programme.

Given the delays in Scottish Government moving forward its PPP replacement over the past couple of years, I was anxious to find out, following the Cabinet Secretary’s announcement last month, as to how the funding is to be allocated as it is vital that Dundee obtains a good share of any new capital monies so that the schools improvements programme established by the previous Labour/Liberal Democrat administration on the City Council can continue with more schools improvements and renewals. Given that the Education Secretary has said that the bulk of new funding will pay for the construction costs of secondary schools, I am anxious to see Harris Academy benefiting. It is important that there are no further delays.

The Scottish Futures Trust has advised me that:

“The identification of schools to be included in the new schools investment programme is being undertaken by the Scottish Government (SG). The first tranche of schools is due to be announced in September this year. SFT is in close contact with SG and will take the lead in marshalling the order of projects within the first tranche, once the schools are identified.

“The Scottish Government hold considerable data on the condition and suitability of schools, information provided to them by individual Authorities over a number of years, and our understanding is that this will inform the prioritisation of investment.”

Given that the identification of the schools to get capital funding is going to rest with Scottish Government, unlike PPP schemes where individual local authorities made decisions as to which projects to take forward given their local knowledge about the state of their school estate, I have asked Scottish Government for reassurances that local authorities will have genuine input into the selection process so that we in Dundee can make the case for investment in our city’s schools.
It is important that the government does not make the mistake of simply determining this spending nationally. Local councils must have input into this process to provide the local dimension on any decisions made about new funding.
Blog Update by Bailie Fraser Macpherson at 09:00
Email ThisBlogThis!Share to TwitterShare to FacebookShare to Pinterest
Labels: Education, Harris Academy
Newer Post Older Post Home