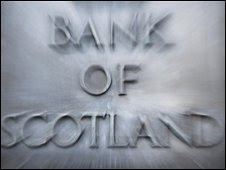 I'm pleased that, earlier this week, the Scottish Parliament backed a LibDem motion - by a margin of 61 to 40 - for HBOS to be given access to a £37 billion rescue fund, arguing it should receive the same treatment as other major banks that have been handed the money.

The motion, tabled by Tavish Scott, the Scottish Liberal Democrat leader, praised the Government's initial efforts to tackle the financial crisis but argued the rescue package "has fundamentally changed the landscape."
It further made clear that "losing HBOS corporate headquarters and jobs in Edinburgh would seriously jeopardise the city's position as a financial centre."
Mr Scott's motion concluded that there is "no reason why HBOS should not be able to access UK Treasury recapitalisation and, therefore, liquidity funding on the same basis as other independent banks."
A secure future for HBOS is vital for Scotland and it was reassuring to see that the majority of Scotland's parliamentarians grasp that point.
Blog Update by Bailie Fraser Macpherson at 20:59
Email ThisBlogThis!Share to TwitterShare to FacebookShare to Pinterest
Labels: Scottish Parliament
Newer Post Older Post Home